Start a Wiki
Whitney Eve Port (born March 4, 1985) is an American television personality, clothing designer, and author. Her former employers include Teen Vogue, for which she was a fashion contributor, People's Revolution, and Diane von Fürstenberg. In 2006, Port rose to prominence as one of the four original cast members in The Hills, an MTV reality television series. In 2008, she received her own spin-off series, The City. Port is currently a judge on Britain & Ireland's Next Top Model, alongside Tyson Beckford, Julien MacDonald, and Elle Macpherson.

Port was born and raised in Los Angeles, California. She is the daughter of Jeffery and Vicki Lyn Port (née Woskoff). She has an older brother, Ryan, an older sister, Ashley, and two younger sisters, Paige and Jade. Her father, Jeff, is the owner of a fashion company called Swarm. She comes from a Jewish family. Port attended Warner Avenue Elementary School. She then went to Crossroads School for the Arts and Sciences for middle school and high school. In 2007, Port graduated from the University of Southern California (USC) with a degree in gender studies.

Prior to working at Teen Vogue, Port was an intern for the Women's Wear Daily magazine for two summers. She also interned at W magazine for three summers. In 2006, Port was cast as one of four main cast members in the MTV reality series, The Hills, which saw her interning for Teen Vogue for the first three seasons. The first season saw her primarily at the workplace, with the season concluding as Port accepts a summer internship in Paris that had been declined by fellow intern and castmate Lauren Conrad. The second season saw Port outside of the workplace more often, with Lauren visiting her at her parents' home, where she was recuperating after having her wisdom teeth removed, and at one of Port's softball games, which castmate Audrina Patridge also attended. In the beginning of the third season, Port had accepted the position of "Fashion Contributor" at Teen Vogue, which she left in 2007. Shortly after, the began working for Kelly Cutrone's People's Revolution, a PR firm heavily involved in the fashion industry. An episode during the third season saw Lauren assist Port during Los Angeles Fashion Week. She was offered, and accepted, a position at People's Revolution, becoming co-workers with Port once again. In the fourth season of The Hills, Port began dating Jay Lyon, and was offered the opportunity to move to New York to pursue a career in high fashion at Diane von Fürstenberg. She left The Hills at the end of the season and received her own spin-off, The City, which centered around Port as she moved to New York City for her new position, along with socialite, Olivia Palermo, who was asked to be a cast member, along with three other friends and associates of Port. The series premiered on December 29, 2008 on MTV to poor ratings, and after her relationship with Lyon and friendship with Erin Lucas both ended, the series' fate was uncertain. However, the series was renewed for ten additional episodes, which saw the addition of several new cast members, including Port's friend Roxy Olin, as well as her return to People's Revolution. featured Later, MTV renewed The City for 10 more episodes to season one, which premiered September 29, 2009. The second half of season one focused on her ambition to become a designer with her first line Whitney Eve. The series was renewed for a second season, which followed Port as she focused on the launch of her fashion line, Whitney Eve, though it was canceled in October 2010

Port had her first experience as a runway model during The Hills' first and second seasons, walking in a DKNY Jeans show at Los Angeles Fashion Week. She had also modeled Hilary Swank's dress from the 2005 Academy Awards on a live Good Morning America segment with André Leon Talley, the editor-at-large of Vogue magazine. Port's Teen Vogue supervisor and editor Lisa Love praised her for handling the incident with class and grace.[4] She has also been featured on the covers of Cosmopolitan, Teen Vogue, Seventeen, and Rolling Stone (with fellow castmates Lauren Conrad, Heidi Montag, and Audrina Patridge,) among others. In March 2008, Port debuted her clothing line of cocktail and partywear called Whitney Eve. The clothing line was in the New York Fashion Week in September 2009, in the Spring/Summer 2010 season. In November 2009 Port revealed during an interview on The View that she had an audition for a lead role in a film later that day sparking rumors that she was planning on launching an acting career, she responded to these rumors on her Twitter page saying that she was interested in acting and had auditioned for several film parts but was holding out for the right role. Port's close friend and former co-star Lauren Conrad stated in an interview in February 2010 that she thought Port had great talent but was only really interested in acting as a hobby. Port has made cameo appearances as herself in episodes of television series Entourage and Family Guy. In September 2010, Port appeared in the online series Hollywood is Like High School with Money, which also showcased her clothing line Whitney Eve. She also served as executive producer of the series. Later in 2010, Port posed for a spread in Maxim magazine. The pictures were featured in the January 2011 issue. In 2011, Port served as the host of an online reality game show titled Genuine Ken, which was aired on Hulu.com.[13] In February 2011, Port released an advice book titled True Whit: Designing a Life of Style, Beauty, and Fun.[14] It has also been confirmed that Port will be a judge on Britain & Ireland's Next Top Model alongside supermodel host Elle Macpherson, Julien Macdonald, and new judge Tyson Beckford. Port had a cameo role in the film What To Expect When You're Expecting, starring Jennifer Lopez. 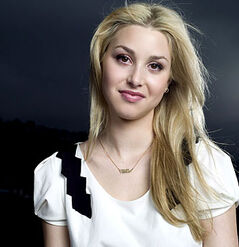 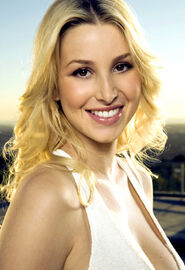 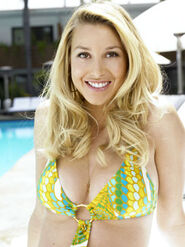 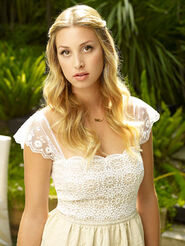 Season 4
Add a photo to this gallery
Retrieved from "https://the-hills.fandom.com/wiki/Whitney_Port?oldid=4329"
Community content is available under CC-BY-SA unless otherwise noted.